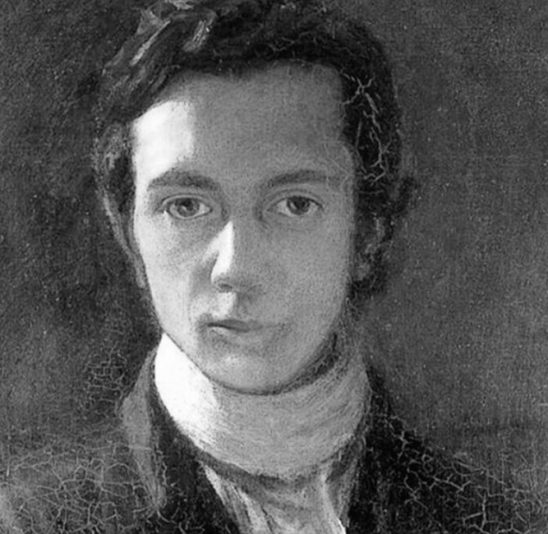 William Hazlitt (1778–1830) was an English writer best known for his humanistic essays. Lacking conscious artistry or literary pretention, his writing is noted for the brilliant intellect it reveals.

Hazlitt’s childhood was spent in Ireland and North America, where his father, a Unitarian preacher, supported the American rebels. The family returned to England when William was nine, settling in Shropshire. At puberty the child became somewhat sullen and unapproachable, tendencies that persisted throughout his life. He read intensively, however, laying the foundation of his learning. Having some difficulty in expressing himself either in conversation or in writing, he turned to painting and in 1802 travelled to Paris to work in the Louvre, though war between England and France compelled his return the following year. His friends, who already included Charles Lamb, William Wordsworth, and Samuel Taylor Coleridge, encouraged his ambitions as a painter; yet in 1805 he turned to metaphysics and the study of philosophy that had attracted him earlier, publishing his first book, On the Principles of Human Action. In 1808 he married Sarah Stoddart, and the couple went to live at Winterslow on Salisbury Plain, which was to become Hazlitt’s favourite retreat for thinking and writing.

Although he successfully completed several literary projects, by the end of 1811 Hazlitt was penniless. He then gave a course of lectures in philosophy in London and began reporting for the Morning Chronicle, quickly establishing himself as critic, journalist, and essayist. His collected dramatic criticism appeared as A View of the English Stage in 1818. He also contributed to a number of journals, among them Leigh Hunt’s Examiner, this association led to the publication of The Round Table, 2 vol. (1817), 52 essays of which 40 were by Hazlitt. Also in 1817 Hazlitt published his Characters of Shakespeare’s Plays, which met with immediate approval in most quarters. He had, however, become involved in a number of quarrels, often with his friends, resulting from the forcible expression of his views in the journals. At the same time, he made new friends and admirers (among them Percy Bysshe Shelley and John Keats) and consolidated his reputation as a lecturer, delivering courses On the English Poets (published 1818) and  On the English Comic Writers (published 1819), as well as publishing a collection of political essays. His volume entitled Lectures on the Dramatic Literature of the Age of Elizabeth was prepared during 1819, but thereafter he devoted himself to essays for various journals, notably John Scott’s London Magazine.

Hazlitt lived apart from his wife after the end of 1819, and they were divorced in 1822. He fell in love with the daughter of his London landlord, but the affair ended disastrously, and Hazlitt described his suffering in the strange Liber Amoris; or, The New Pygmalion (1823). Even so, many of his best essays were written during this difficult period and were collected in his two most famous books: Table Talk(1821) and The Plain Speaker (1826). Others were afterward edited by his son, William, as Sketches and Essays (1829), Literary Remains (1836), and Winterslow (1850) and by his biographer, P.P. Howe, as New Writings (1925–27). Hazlitt’s other works during this period of prolific output included Sketches of the Principal Picture Galleries in England (1824), with its celebrated essay on the Dulwich gallery.

In April 1824 Hazlitt married a widow named Bridgwater. But the new wife was resented by his son, whom Hazlitt adored, and the couple separated after three years. Part of this second marriage was spent abroad, an experience recorded in Notes of a Journey in France and Italy (1826). In France he began an ambitious but not very successful Life of Napoleon, 4 vol. (1828–30), and in 1825 he published some of his most effective writing in The Spirit of the Age. His last book, Conversations of James Northcote (1830), recorded his long friendship with that eccentric painter. 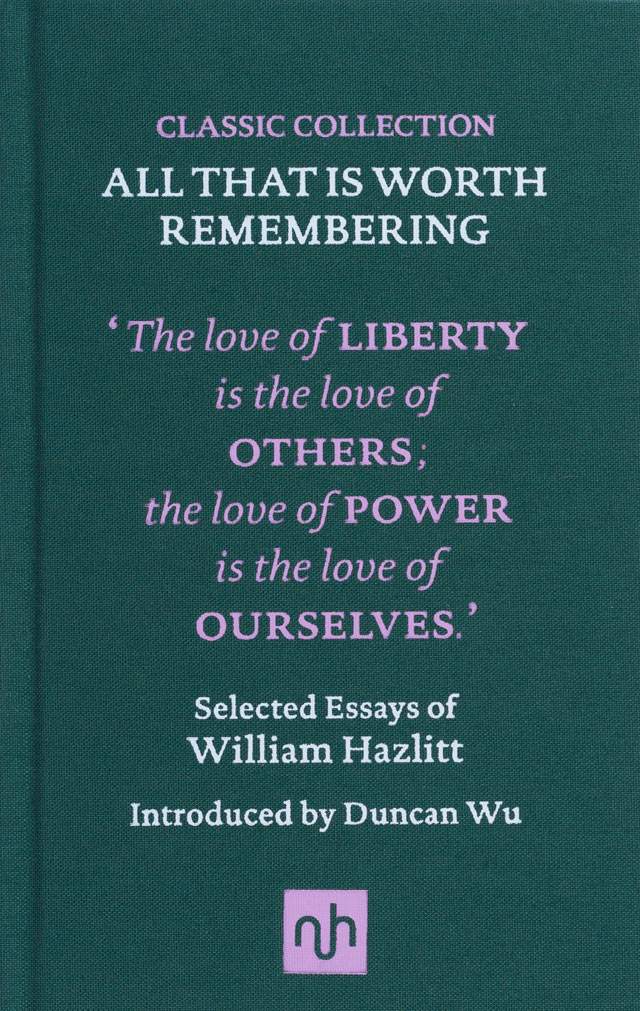