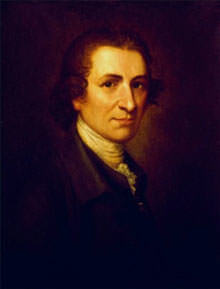 Common Sense; Addressed to the Inhabitants of America, on the following interesting subjects

‘It would be difficult to name any human composition which has had an effect at once so instant, so extended and so lasting…’ (G.M.Trevelyan). This anonymous pamphlet’s radical democratic, anti-monarchical vision resulted in the Declaration of Independence.

Paine argues from definitions (society vs government), from tabula rasaparable (America, thinly disguised), from biblical verse and history (against hereditary succession, in kingship or peerage) and from innate scepticism. He shows the absurdity of a self-serving island ruling a multicultural continent across such distance. Hazlitt recognised Paine as a great writer; his rhetoric here may have lost some topicality but not potency.