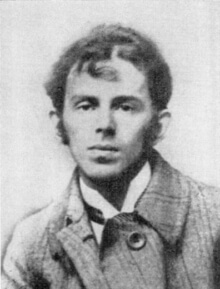 Conversation about Dante (Written sometime during 1933-5 but not published until 1967. Trans. by Clarence Brown and Robert Hughes as ‘Talking about Dante’ in Delos, no.6, 1971, and collected in Mandelstam: Selected Essays, ed. Sidney Monas.)

Composed under Stalinist persecution, this is a statement of Mandelstam’s own poetics and of Dante viewed through a Russian lens: ‘If the halls of the Hermitage should suddenly go mad, if the paintings of all schools and masters should suddenly break loose from the nails, should fuse, intermingle, and fill the air of the rooms with futuristic howling and colours in violent agitation, the result then would be something like Dante’s Comedy.’

Most lucid in analogy and metaphor – his major categories being the fixed (stone, textile) and the mutable (journey, movement) – Mandelstam recasts Dante as his ‘tortured and outcast’ fellow-sufferer.

Can also be found at: British Library shelfmark P.981.68