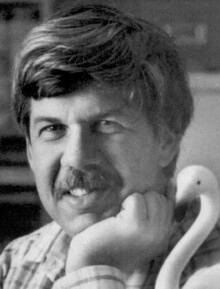 Darwin’s Sea Change, or Five Years at the Captain’s Table (Originally written for Natural History Magazine and collected in Ever Since Darwin: Reflections in Natural History, 1978)

Gould was an influential evolutionary biologist interested in Darwin’s purposeless, materialistic worldview as an answer to man’s ongoing cosmic arrogance. This essay, however, is less popular science than historical biography. It opens with a quiz-night gag: that Robert McKormick was the HMS Beagle’s official naturalist, not Darwin.

Gould then speculates very plausibly (demonstrating the form’s usefulness for speculation) that Darwin’s real role, as gentleman companion to the Beagle’s small-minded, Tory, ultra-Christian Captain, radicalised Darwin’s thought by means of enforced deference during the long voyage. The larger point, that scientific progress sometimes depends on more than empirical evidence, is gently made.

Related recommendation: Voltaire’s essay on Isaac Newton in his Philosophical Letters (1734) makes a similar point, in its conclusion, about the biographical contingency behind scientific discovery.