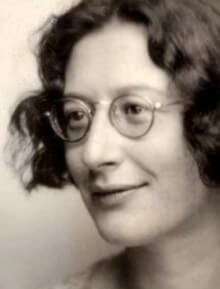 Distinguishing between the soul’s cry ‘Why am I being hurt?’ and the superficial cry ‘Why has somebody else got more than I have?’, Weil argues that the best society is about creating ‘an attentive silence’ for hearing the first cry, or for finding spiritual truth within oneself.

Her critique of human rights (amid attacks on collective action, democracy, Rome and Aristotle) concludes: ‘Rights have no direct connection with love.’Sontag wrote that we may be admire Weil’s ‘seriousness’ even as we eschew her madder views, paralleling this essay’s idea of an impersonal, abstract, supernatural truth, beyond the level of personality.

Themes: How to Live, Emancipation and Justice