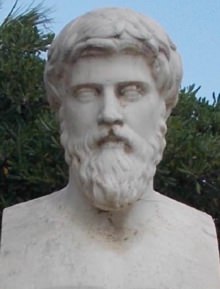 Plutarch uses Homer’s Odysseus to dramatize a first-century debate about consciousness and character. Odysseus is trying to get his compatriots turned back from pigs into men by the goddess Circe.

She gives one the power of speech to explain why he prefers the pigsty. Plutarch’s originality in this playfully ironic essay is in his critique of human rationality and desire as curses disguised as blessings. What we call animal instinct is superior to man’s perversion of nature (examples range from bestiality to perfumery). Odysseus objects that animals cannot imagine God, but the pig even has an answer to that one.

Related recommendation: Dr Johnson’s Rambler No.17 [on scientists and cruelty to animals]