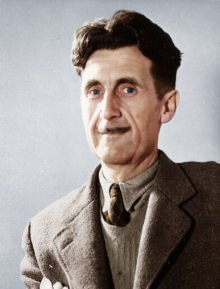 The Art of Donald McGill

Orwell was one of the first critics to take popular culture seriously – in this case, British seaside postcards showing vulgar, illustrated jokes (produced by McGill).

He analyses what these items, then commonplace despite otherwise widespread self-censorship, said about British conventions (such as that there is ‘no such thing as a happy marriage’, or that drunkenness is something ‘peculiar to middle-aged men’) and British repressions (including a secret lust for fat bums). He notes their innocence and conservatism, but also how their comedy worked as a minor ‘mental rebellion’ against middle-class, post-Victorian values – akin to unheroic characters in Cervantes or Shakespeare.