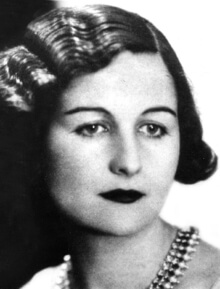 It is unjust that this astute analysis is best known for the ‘tease’ of ‘U’ and ‘non-U’ linguistic demarcations between the upper middle class and those below. The essay’s subsequent observations – that ancestry does not define Britain’s aristocracy, for example – have more originality and lasting relevance.

Mitford shows erudition on the subject of specific lineage and legislative change, but is best when giving her comic ‘case study’ of a ruined aristocratic couple who deal with their predicament in every way except earning income. She suggests the aristocracy is ‘a wily old bird’, not in decline so much as lying low.

Related recommendation: Evelyn Waugh’s ‘Well-Informed Circles…and How to Move in Them’ (1939)