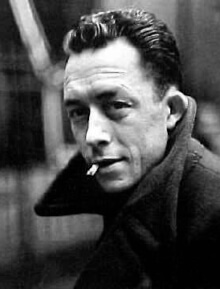 A long essay with four chapters (and an appendix on Kafka), asking whether the realisation that life is meaningless requires suicide. Camus defines absurdity as man’s rationality and romanticism running up against the world’s irrationality and inhumanity.

He considers other philosophers to have dodged atheism’s implications, the need to embrace absurdity and its liberations. Camus then assesses how we should live, and considers the paths of the lover, actor and conqueror. The third chapter considers the absurd artist, while the final chapter describes, as metaphor, the scornful self-awareness that might console the mythical Greek Sisyphus in his eternal, futile torture.

Related recommendation: Kolakowski’s ‘Can the Devil be Saved?’ (1990)

Themes: Suicide, Artistic Method, Vocation and Celebrity, How to Live