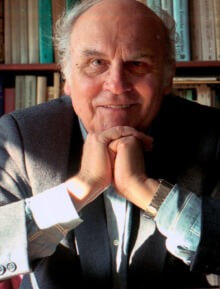 Kapuscinski presents himself as a hapless ‘amateur’ reporting to Warsaw on Latin American politics, for whom the 1969 war between Honduras and El Salvador, following an escalation of national soccer rivalry, comes without warning.

He goes to war-watch, and eventually finds himself among a band of competitive, unheroic correspondents demanding front-line footage. The reality of war soon intrudes, and reportage turns to essay as the author understands, after some ant-watching and boot-stealing, that ‘No war can be conveyed over a distance’. In conclusion, the real reasons for the ‘soccer war’ are contrasted to the corny, semi-absurd reasons of the introduction.

Related recommendation: Hazlitt’s ‘The Fight’ (1822); James Fenton’s ‘The Snap Revolution’ (1986); and Clive James’ ‘Mrs T in China’ (1982) for another essayist’s first stint at foreign corresponding, albeit a gentler one.