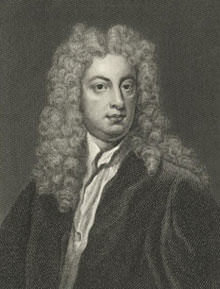 The Spectator No.50 [on the visit of the Iroquois]

Based on an idea ‘stolen’ from conversation with Jonathan Swift and prefiguring Swift’s later satire – a kind of inverted Gulliver’s Travels.

The previous April, four Iroquois chiefs were brought to Queen Anne’s London. Addison’s narrator, Mr Spectator, pretends that their translated journal notes have now fallen into his hands. These describe Wren’s St Paul’s, with ironic speculation that the British must have had ‘formerly among them some sort of Worship’, then Whig and Tory ‘monsters’ that were reported but not seen (a swipe against party propaganda). Addison also marvels at his contemporaries’ fashions and habits, exactly as we might today.

Related recommendation: Diderot’s ‘Supplementary Observations on the Voyage of Bougainville’ (1772) and Richard Steele’s Tatler No. 171 (May 1710), which uses the visit of the same Iroquois chiefs for less serious comic ends.