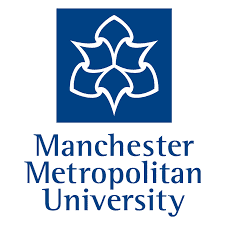 Andrew Lees at the Burgess Foundation

The Manchester Writing School at Manchester Met and the International Anthony Burgess Foundation are delighted to present special guest Andrew Lees reading from and talking about his book, Mentored by a Madman: the William Burroughs Experiment.


Andrew Lees is a Professor of Neurology at the National Hospital, London. He is the recipient of numerous awards including the American Academy of Neurology Life Time Achievement Award, the Association of British Neurologist’s Medal, the Dingebauer Prize for outstanding research and the Gowers Medal. He is one of the three most highly cited Parkinson’s disease researchers in the world. He is the author of several books, including Ray of Hope, runner-up in the William Hill Sports Book of the Year and The Silent Plague.


“Mentored by a Madman. The William Burroughs’s Experiment is a fascinating personal account, by one of the world’s leading neurologists, of his quest to find better treatments for Parkinson’s disease." Raymond Tallis.


Manchester Writing is a series which explores the techniques authors use and choices they make when writing, and debate issues arising from their work. Andrew will be reading from and talking about his work and in conversation answering questions from the audience. The evening will open with a short reading from original fiction by students of the Manchester Writing School. Drinks will be available to purchase from the bar, and there’ll be a special Blackwell’s bookstall, with signing after the event.

Review of Brazil That Never Was: ‘His Own Private Amazon’This event has already taken place.