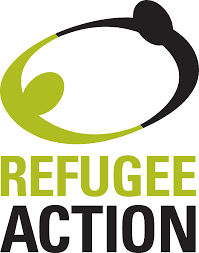 Shelter from the Storm: Stories of Refugee Life

Please join Alex Clarke (artistic director of the Bath Festival and contributor to The Guardian, The Observer, the Vintage podcast and fills in for Mariella Frostrup on BBC 4's Open Book) and many other fascinating writers and broadcasters for a night of stories centred on the experience of refugees and migrants from a wealth of regions and conflict zones both past and present.


You will hear from those directly affected by displacement, flight and homelessness, and from celebrated writers, performers and activists.
The minute someone tells you a story, everything changes. And at a time when the barriers between people are threatening our common humanity, we need stories more than ever: true accounts and inspired fiction from those whose lives have been shaped by events beyond their control.


All proceeds from ticket sales and other donations will go to Refugee Action and other refugee charities.
Our gratitude to Genesis Housing, who are sponsoring the event

Review of Brazil That Never Was: ‘His Own Private Amazon’This event has already taken place.