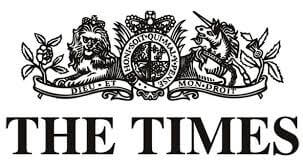 Bean-counting and bureaucratic regulations are suffocating science and preventing the discovery of potentially groundbreaking new treatments including cannabinoid drugs, a renowned researcher has warned.

Andrew Lees, who has won international awards for his work on Parkinson’s disease, lamented the lack of new treatments for this and other neurological conditions and said he worried that the lateral thinking which led to other pioneering innovations, such as IVF, was being “squeezed out”.

Speaking before a lecture in Edinburgh to mark 200 years since James Parkinson first identified the “shaking palsy”, Professor Lees revealed that he was hoping to start patient trials using a plant extract mixed by tribes in Brazil to create a hallucinogenic brew. It had already proved promising in animals, particularly marmosets, he said.

Professor Lees added: “Of course it is much, much harder to do this now than it was in the 1980s when I was looking for new treatments and I was quite a young researcher. What I worry is the little men are being squeezed out now so that [the likes of] Patrick Steptoe, who developed in-vitro fertilisation, John Charnley who developed hip replacements, these kind of guys who have made such an important contribution to society’s quality of life, are getting squeezed out by these huge juggernauts or beancounting bureaucratic regulations.”

Professor Lees, a professor of neurology at University College London, described an “institutional rigidity” that made it increasingly difficult to explore new ideas beyond those championed by established scientific experts.

His hallucinogenic research is being funded by philanthropy.

Read more on the attached PDF or online if you have a subscription for The Times.