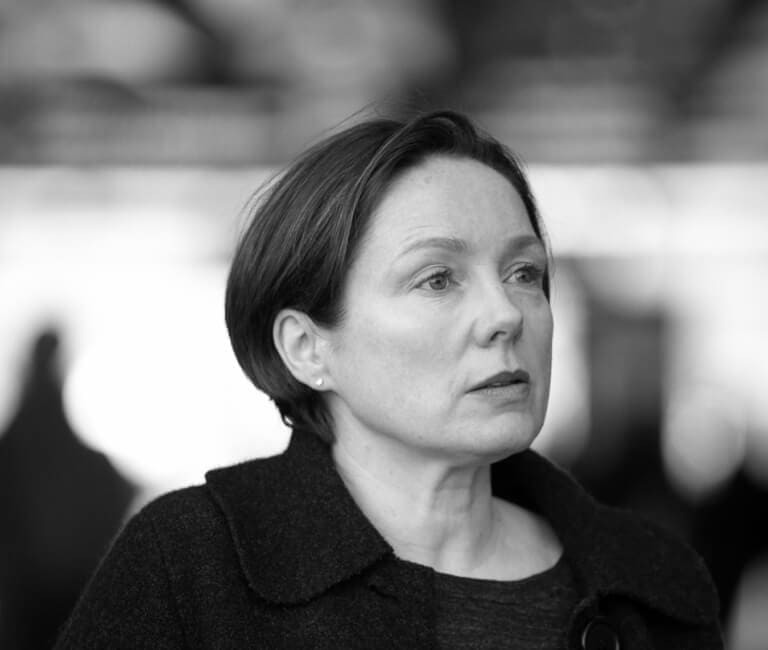 Lavinia Greenlaw’s selection from Morris’s Icelandic Journal (‘the best book of travel written by an English poet’, and the least known) is interposed with her own ‘questions of travel’, which follow the footprints of Morris’s prose, responding to its surfaces and undercurrents, extending its horizons. The result is a new and composite work, which brilliantly explores our conflicted reasons for not staying at home.

To mark National Poetry Day 2010 Lavinia Greenlaw talks about what inspires her to write poetry.

Lavinia Greenlaw has written and directed The Sea is an Edge and an Ending, a short film investigating what it means to lose your memory and disappear into the present tense. Its framework is a sequence she wrote about her father’s death from Alzheimer’s. The film focuses on what it means for your sense of self to come loose and for the past to float free. It carries echoes of Shakespeare’s Tempest in its study of a man under a kind of spell, whose child must observe his strange and terrifying liberation. The film moves from the shifting coastal landscape of the east of England, a geography central to Greenlaw’s life and work, to eroded interiors containing only the bare structures and reduced emblems of this man’s life. The Sea is an Edge and an Ending is Greenlaw’s first film and extends the practice she developed in her award-winning sound work, Audio Obscura. It premiered at the Estuary Festival 2016,  17 – 30 September 2016, and was commissioned by FVU and Metal with the support of Wellcome Trust. Supported by Arts Council England.