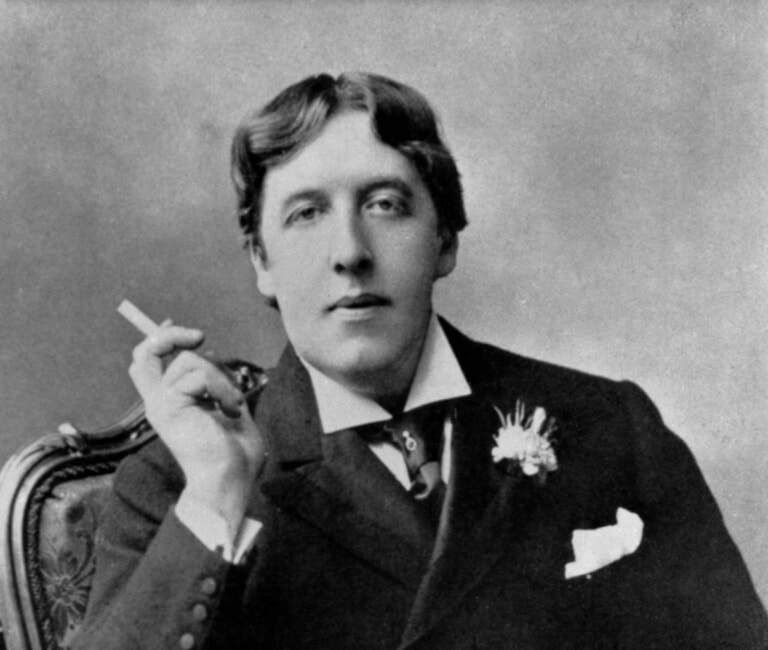 Oscar Wilde was born in Dublin in 1854 and is remembered for a diverse literary output encompassing his novel The Picture of Dorian Gray, stories for children, poetry, plays including The Importance of Being Earnest, and a wide ranging selection of essays and other prose works.

Despite being highly celebrated in literary and social circles, he was tried for gross indecency following the loss of his libel case with the Marquis of Queensberry, and was sentenced to two years’ imprisonment. His health never recovered and he died in penury in Paris in 1900. He is buried there in Père Lachaise cemetery.