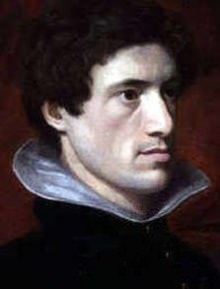 After the most extreme example of Lamb’s periphrastic, ironic, Sternean style – ‘those exterior twin appendages, hanging ornaments and (architecturally speaking) handsome volutes to the human capital’ – the essay’s true subject is revealed as Elia’s (that is, Lamb’s loveable persona’s) inability to understand music. In the Romantic Age, this was a truly comic disability.

Elia/Lamb describes himself lying ‘stretched upon a rack of roses’, his verbal imagination bored to death by lyric-less melodies. His attack on opera’s pretentions echoes The Spectator, while some readers may still identify with his guilty confession of feeling plunged into melancholy by even a cheery harmony.

Themes: The role of Art or Artists