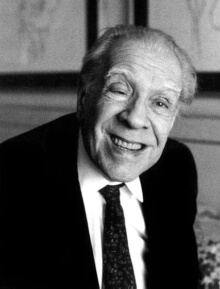 Biathanatos is a treatise by the poet John Donne with the subtitle ‘That Self-homicide is not so Naturally Sin that it may never be otherwise’.

Borges, following De Quincey, considers the treatise’s argument, in defenceof suicide, only to be led into more surprising, some would say blasphemous, territory when he considers Donne’s unstated aims: the idea that Samson was an ‘emblem of Christ’ implying that Christ was a suicide. Looking at Christ in this light gives this brief critical essay an almost revelatory quality, grounded in Borges’ erudition. He ends, associatively, on the suicide of philosopher Philipp Mainländer.

Related recommendations: Solely in terms of subject (suicide), Arendt’s ‘We Refugees’ (1943) and Freud’s ‘Mourning and Melancholia’ (1917)