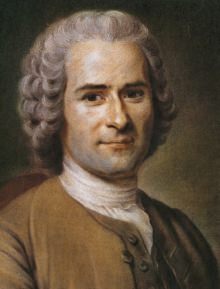 Answering the Academy of Dijon’s question ‘What is the origin of inequality among men, and whether it is authorized by the natural Law’, this essay acknowledges natural physical inequalities with disinterest before focusing on political or ‘moral’ inequality.

Rousseau portrays man as happy in his lost state of nature before claiming private property and forming civil society – a trick perpetrated by the rich and powerful on the poor and weak. Rousseau sees man as endowed not only with an instinct for self-preservation but also with compassion and ‘perfectibility’ – the latter quality, however, advancing into a destructive state of ‘amour propre’.

Related recommendation: Diderot’s ‘Supplementary Observations on the Voyage of Bougainville’ (1772)