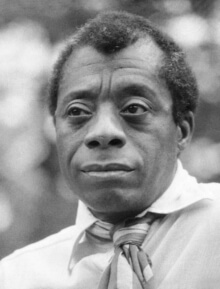 Down at the Cross: Letter from a Region in my Mind (New Yorker, and reprinted in The Fire Next Time)

Baldwin wrote this long essay amidst the Civil Rights Movement, but it speaks forcefully to post-9/11 preoccupations.

Structured around two autobiographical passages – his adolescence as a Harlem preacher and his visit to the Nation of Islam’s headquarters – it argues against the ‘fantasy’ of adversarial separatism based on fabricated theologies. Filled with surprising perspectives, such as race relations being ‘involved only symbolically with colour’, Baldwin’s prose mixes ‘ironic tenacity’ with prophetic urgency. He distinguishes between just causes and unjust solutions, and, despite liberal scepticism, sees the spiritual state of the nation as fundamental. He concludes that white America had better grow up.

Related recommendation: Baldwin’s ‘The Price of the Ticket’ (in the essay collection of the same name, 1985)