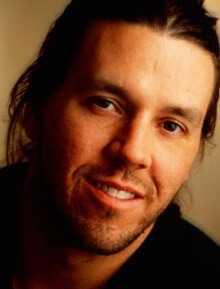 E Unibus Pluram: Television and US Fiction (Written 1990, published in The Review of Contemporary Fiction, 1993, and reprinted in A Supposedly Fun Thing I’ll Never Do Again, 1997)

The most intellectual yet unpretentious essay on the cultural impact of television – a crater so huge we forget we stand in it. Foster Wallace begins with a Walter Benjaminesque analysis of authenticity in the TV-age.

He then discusses his generation’s habitual responses (cynical mockery, ubiquitous irony, guilt-indulgence psychology, bored knowingness, etc) and how ‘metatelevision’ makes the medium’s critics impotent. Throughout he carefully avoids anti-TV paranoia, while conceding that the average American’s six hours per day ‘is not good’. He dissects writers’ various reactive strategies, concluding that the true rebel must now be prepared to risk ridicule as sentimental and credulous.

Related recommendation: Fredric Jameson’s ‘The Bonaventure Hotel’ (in Postmodernism, or, The Cultural Logic of Late Capitalism, 1991); Virginia Woolf’s ‘The Cinema’ (1926)