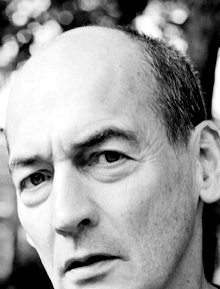 Despite an early definition (‘If space-junk is the human debris that litters the universe, Junk-Space is the residue mankind leaves on the planet.’), this essay is as disorienting as the air-conditioned public spaces it describes.

Easily mistaken for a humanist critique of our shallowly consumerist, conformist, globalised societies, Koolhaas is a prize-winning Dutch architect energetically (masochistically?) building this dystopia, making ‘Junkspace’something much more complicated. Fantastic phrasemaking, full of oxymorons and incongruities, alliteration and ellipsis, resists language’s degradation alongside architecture’s. Encompassing everything from motorways to historical conservation, the piece keeps returning to airports as the lowest circles of Junkspace hell.