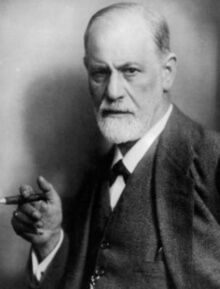 In this milestone in psychoanalytical thought Freud contrasts ‘normal’ mourning (not only for a loved-one’s death, though note the essay’s date, but also for lost ideals) to melancholia, or the refusal of loss.

Melancholia distinctively includes a ‘disorder of self-esteem’, though he amusingly acknowledges how much we may agree with a melancholic’s self-reproaches. Such depressions, he theorises, result from guilty anger turning on the self, so that suicide is repressed murder of someone or something one loves too much to harm. His explanation of manic episodes is more tentative, and his terminology thickens towards the end, with fewer illuminating examples.