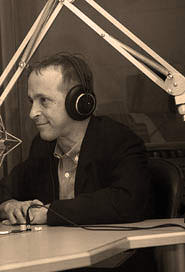 America’s most popular living essayist, Sedaris begins this hilarious piece on cultural idiosyncrasies with the small-talk he makes in new places.

One of his regular openers is ‘When do you open your Christmas presents?’, and in the Netherlands this once led him to hear the whole tale of their Saint Nicholas, said to arrive at children’s houses accompanied by ‘six to eight black men’. The essay’s charm lies in Sedaris’ mockery of his own culture’s candy-flossed Christmas traditions while boggling at the bizarre Dutch story, and in how the ending neatly juxtaposes real American violence with the imaginary Dutch variety.

Related recommendation: Sedaris’ ‘The Santaland Diaries’ in Holidays on Ice