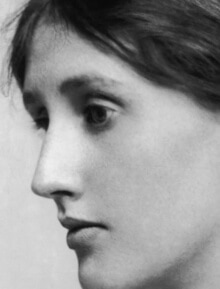 A piece both prophetic and self-consciously of its time. Woolf begins disparagingly: the art of making movies is still too young and banal; we are savages knocking together saxophones and grand pianos like sticks in order to make music.

But she recognises the magic of cinematic detachment and the elegiac quality of watching the past in motion. She disdains crass film adaptations of literature, but a flickering worm-blob on a screen suddenly reveals the potential for cinema finding its own symbolic language. She meditates on what words alone can do, while challenging film-makers to be the twentieth century’s great artists.

Themes: The role of Art or Artists, New Technology