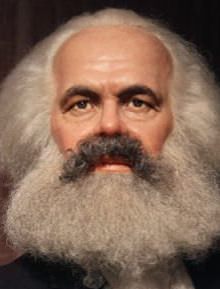 The ‘18th Brumaire’ was the day in 1799 when Napoleon Bonaparte made himself dictator, and here Marx compares this coup with that of Bonaparte’s nephew on 2 December 1851, analyzing recent events in terms of class struggle. The opening paragraph famously remarks that history thus repeats itself ‘the first time as tragedy, the second as farce’.

Marx’s historical determinism is amply demonstrated, proving particularly influential on later historians of twentieth century fascism, but his willingness to pause dialectical materialism for interludes of political farce is under-appreciated. Written with epigrammatic wit and exuberance, this is Marxism with a touch of Groucho.