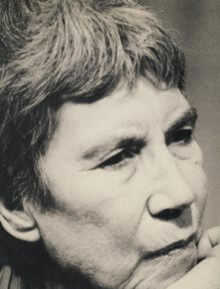 The Little Virtues (Le piccolo virtu, written 1960, published in Nuovi Argomenti, and reprinted in her collection named after this essay, trans. Dick Davis, 1985)

Written in the inclusive pronoun (‘We’), yet sometimes asserting singularity (‘Now I believe…’), Ginzburg lectures movingly on the error of teaching children little, risk-free virtues (thrift, tact, desire for success) rather than big, dangerous ones (generosity, courage, love of truth).

Ginzburg’s is parenting advice self-conscious about the loss of her parents’ unselfconscious authority, and the pitfalls of copying their methods – such as giving a child a moneybox. Like Bruno Bettelheim, she warns of suffering ‘a terror of failure’ for one’s child, advocates unconventional honesty, and advises waiting beside them, ‘in silence and a little aloof’, until they find their vocation.