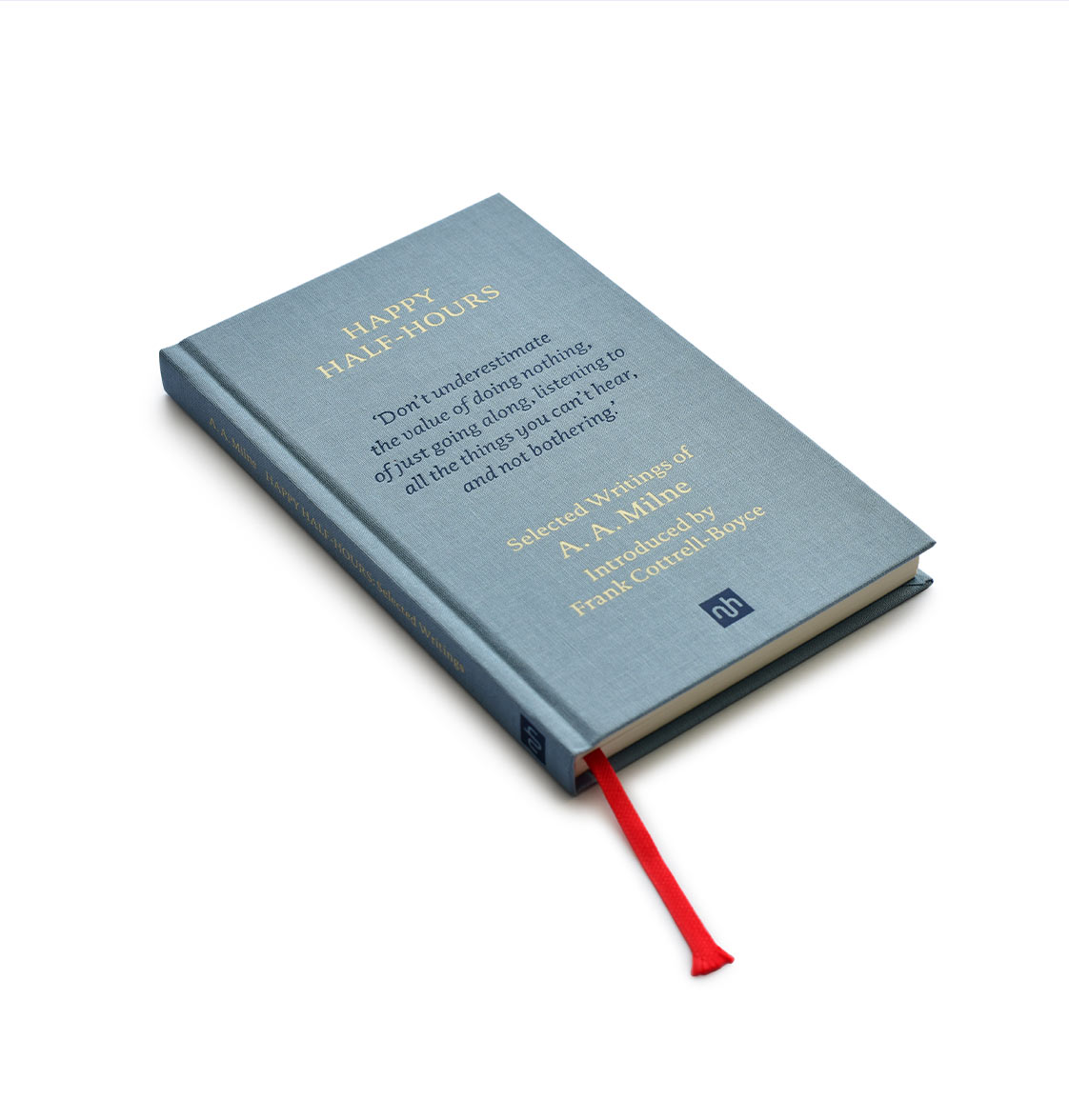 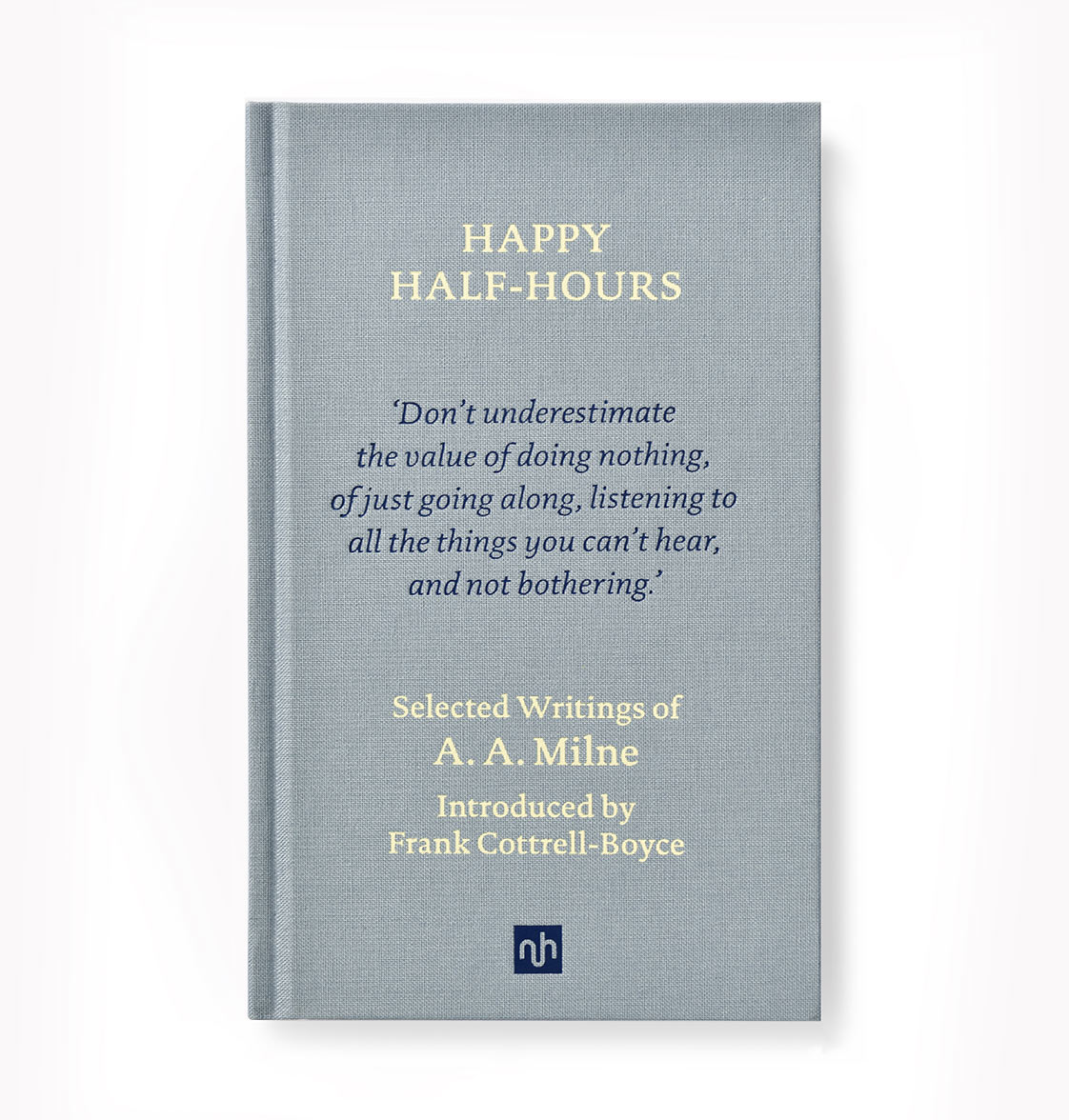 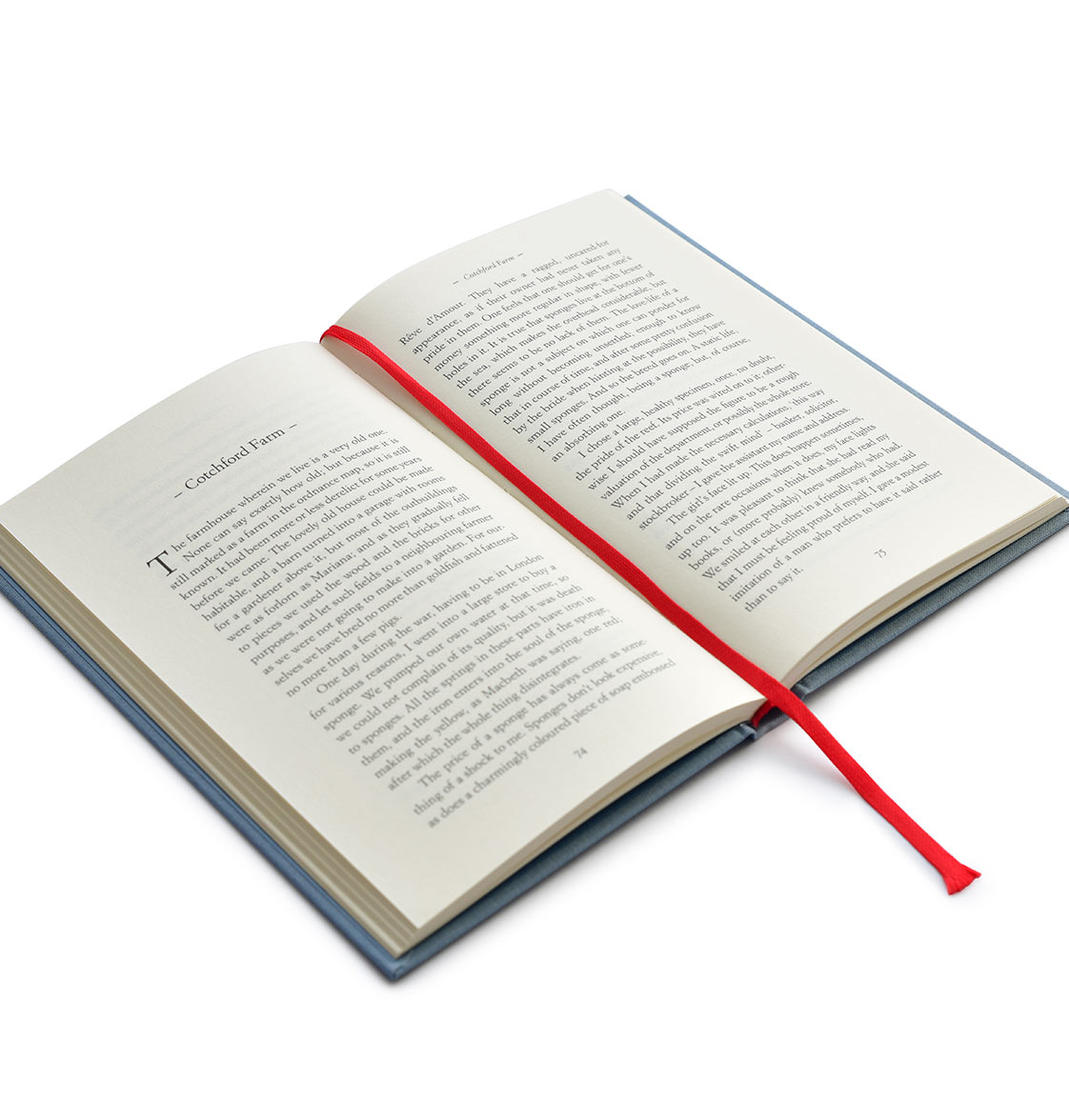 A delightful selection of articles by the ever-popular A.A. Milne, many of which haven’t been in print for decades. Introduced by the prize-winning children’s author Frank Cottrell Boyce, this volume brings Milne’s brilliant non-fiction back to the spotlight.

END_OF_DOCUMENT_TOKEN_TO_BE_REPLACED 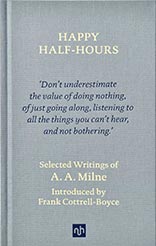 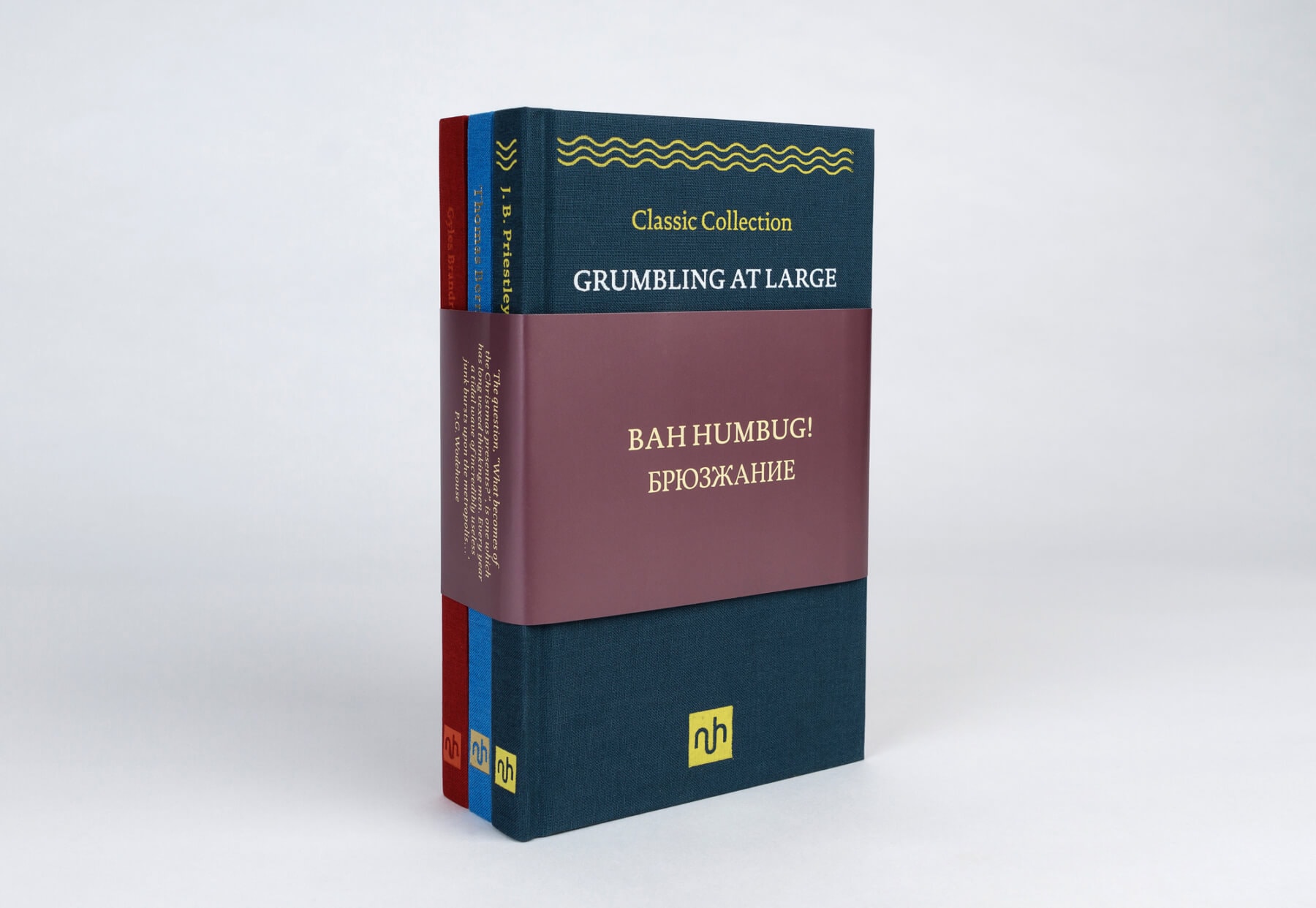 For all those who find themselves weary of tinsel and the Christmas merry-go-round. Three books by brilliant, outrageous, and occasionally cynical writers. 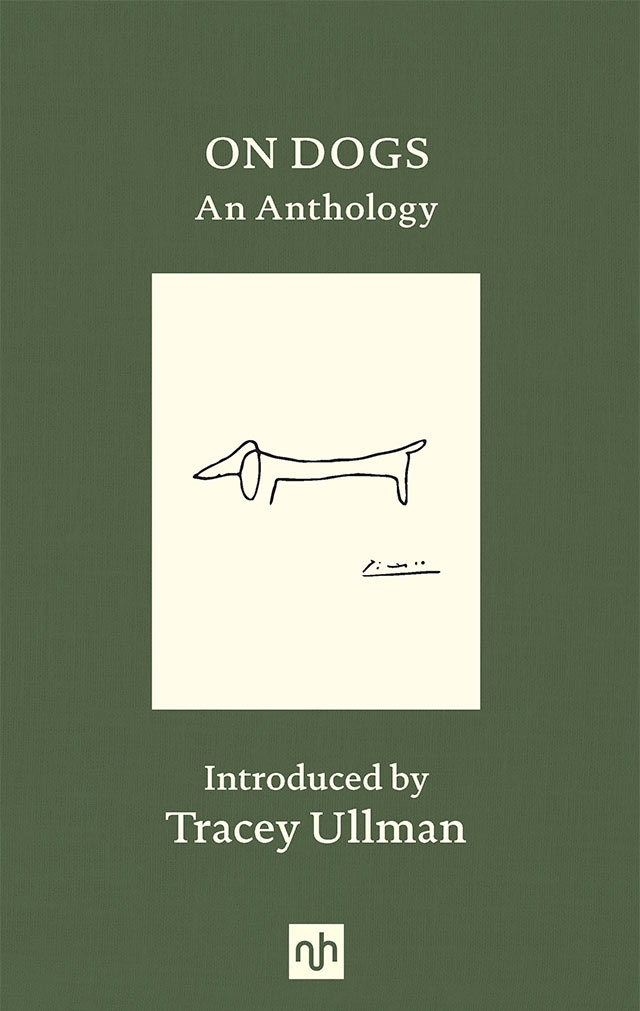 On Dogs: An Anthology

Dogs throughout history have enjoyed a special relationship with humankind, and our favourite four-legged creatures continue to grow in popularity. The writers and poets collected within this antholog... 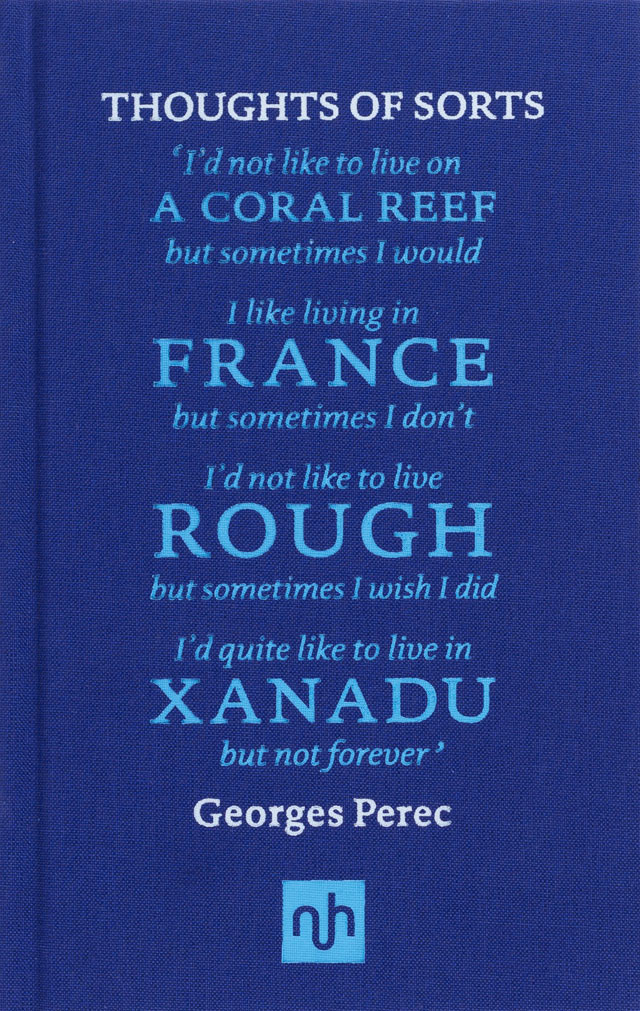 Thoughts of Sorts is a unique collection of philosophical riffs on Georges Perec's obsession with lists, puzzles, catalogues, and taxonomies.

A delightful selection of articles by the ever-popular A.A. Milne, many of which haven’t been in print for decades. Introduced by the prize-winning children’s author Frank Cottrell-Boyce, this volume brings Milne’s brilliant non-fiction back to the spotlight.

A.A. Milne, best known as the author of the classic Winnie-the-Pooh stories, was a successful writer long before his children’s stories launched him to overnight success. Milne himself disliked being relegated as a children’s author. At the age of twenty-three, he was appointed the Assistant Editor of Punch. He claimed ‘I know no work manual or mental to equal the appalling heart-breaking anguish of fetching an idea from nowhere.’ Milne had a talent for regularly turning out a thousand whimsical words on lost hats and umbrellas, tennis, dogs, faulty geysers, dotty maids, the English obsession with rank and titles, cheap cigars, and any amount of life’s other little difficulties. He was praised for being able to produce ‘with apparently effortless ease and the utmost gaiety’ articles notable for their ‘enchanting ingenuity’.

But there was another, more serious side to Milne. After serving in World War 1, where he survived the Somme, Milne was invalided home with trench fever in 1916. His experiences made him a committed and vocal pacifist. War was nothing but ‘mental and moral degradation’. His fiercely argued pacifism was ahead of his time, and forms some of his most powerful work.

This selection of Milne’s articles, spanning over four decades of his life from 1910 to 1952, are collected for the first time in this volume, including his passionately argued writings on pacifism. The writings demonstrate his trademark wit, varied genius, little-known political views, and nostalgia for a lost era. A treasure of a book.